A downloadable game for Windows

FNAF: GvG is an online game where you survive against another security guard on the opposite side of the building, you can defend from the animatronics by closing your doors, and also lure them to the other side with audio lures!

Check your cameras, check your lights, lure the animatronics,  and close the doors only when you need to!

If you want to play a game privately, you can create a game here, you just type a made up code, (and if it's secret enough) you can share it with your friend. Your friend has to type your code if he wants to join you.

If you only want to play with a random person you can click here, it will search for a room with 0-1 players, so that you can play with someone!

-How The Animatronics Work-

The animatronics work just like in the original FNAF. Bonnie and Chica will get near your office or the other guard's office, if they are on your door, close them, If they go away you gain a little bit of power.

Freddy is more complicated, he will approach one of the offices, and when he is on your right hallway corner, he will not move if you look at him or if you have the cameras down, if you want to look another camera, you should close the door.

Foxy will be in his pirate's cove, if you have your cameras up (even if you are not watching pirate's cove) he will not move, and he will become less agressive, but if you have your cameras down he will start moving. If he's no longer in the pirates cove, he will be in the hallway of the person who was more power, if you are the one chosen, you need to close the door, he will grab power from you and give it to the other person.

Five Nights at Freddy's and all assets belong to Scott Cawthon.

Game coded by The Blue Hatted

If your anti-virus detects this as a virus, it is not, this is a common problem with games made with the game engine Clickteam Fusion 2.5, that this game is made in.

It is real! You can play with a friend with a code, because the quick play lobbies are a bit empty.

where can i find the join code?

Reply
The Blue Hatted42 days ago

You just make it up!, (and make it secret enough) and share it with your friend. 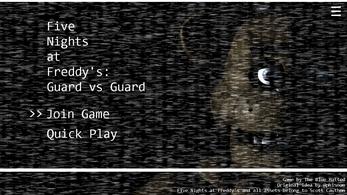 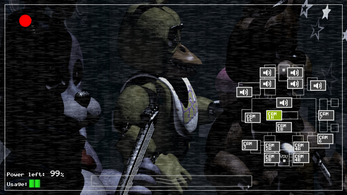 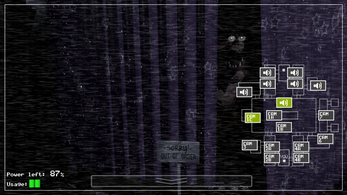 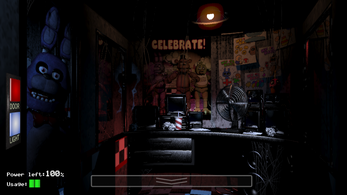